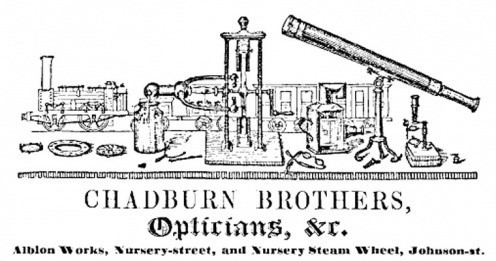 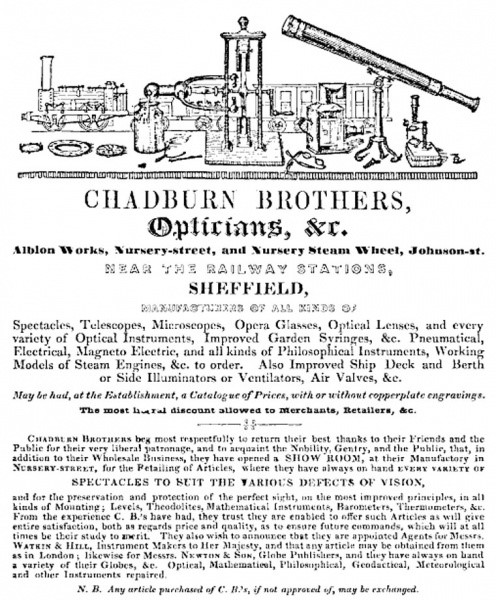 William Chadburn and Sarah Wright married in 1807. They were Quakers. In 1837, their sons, Alfred and Francis took over the Sheffield and Liverpool businesses as “Chadburn Brothers”, to be joined by their brother Charles in 1841. (Curiously, Francis is known only as “Wright” in registers and the census.) Their advertisement from 1845 also mentions a “photographic portrait gallery”. Adverts from the end of the 19th century describe them as “opticians & manufacturers of spectacles & all kinds of optical lenses, optical and mathematical instruments, Albion Works”. They had a substantial exhibit at the Great Exhibition at the Chrystal Palace in London, organised by Prince Albert in 1851, and received the honour of terming themselves as “by Appointment, suppliers” to the Prince. The catalogue of the exhibition describes them as “of Sheffield and Liverpool”. In 1871, the company employed 40 people.

In 1893, the company was owned by W.T. Morgan, described as a “nephew of Chadburn Brothers”.