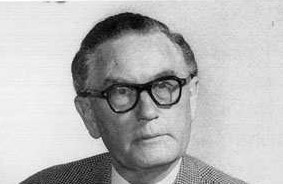 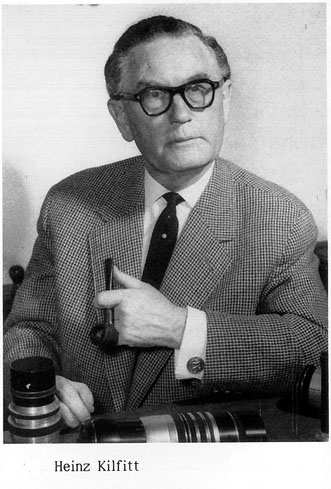 Heinrich Wilhelm Kilfitt (aka Heinz Kilfitt) was born on 27th of May 1898 in Hörntrop-Wattenscheid, Germany. He was the son of a watchmaker, and spent his early years repairing watches and developing an interest in optics and photography. He became head of the photography department at the optical company R. Neumann in Berlin. Combining his photographic skills with his watch repair experience, he designed a spring driven camera for taking a rapid series of photographs, known as the Robot camera, for H.H. Beming in 1930. He began lens making in Munich in 1941 and then founded an optical company in Lichtenstein in 1947 and established the Kilfitt Optische Fabrik in Munich where the emphasis was on cameras and lenses development, including the world’s first 35 mm macro lens and the first 35 mm zoom lens.