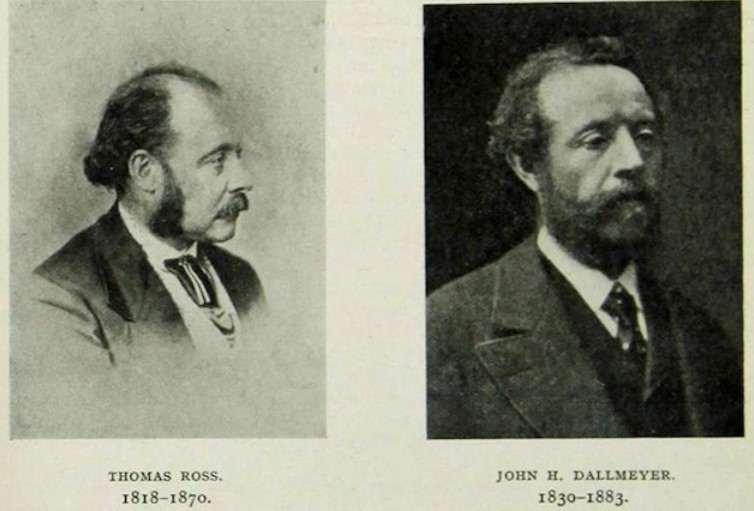 Andrew Ross was born in London. He was educated in mechanical engineering. He started work in 1823 with WT Gilbert, developer of the theodolite. While working for Gilbert, he developed an astronomical circle that was sent to the Cape of Good Hope. WT Gilbert went bankrupt in 1828. In 1830, Ross founded his own company for the production of microscopes, telescopes and camera lenses at 5 Albemarle St in London. He also basically sued by the microscope produces, among whom James Swift. From 1840-1842, Ross was partnered with Joseph Jackson Lister, London wine merchant and microscope enthusiast, in the development of microscopes. Both men were involved in the formation of the Royal Microscopical Society.

Andrew Ross died in 1859. His son Thomas (1818-1870) and his son-in-law John H Dallmeyer (1830-1883) inherited the company, but Dallmeyer then took his third of the company and set up a business on his own. After Thomas Ross died, leaving everything to his wife, she remarried John Stuart who became the CEO of what was now known as Ross & Co. In the 20th century, the company name became Ross Optical Ltd.