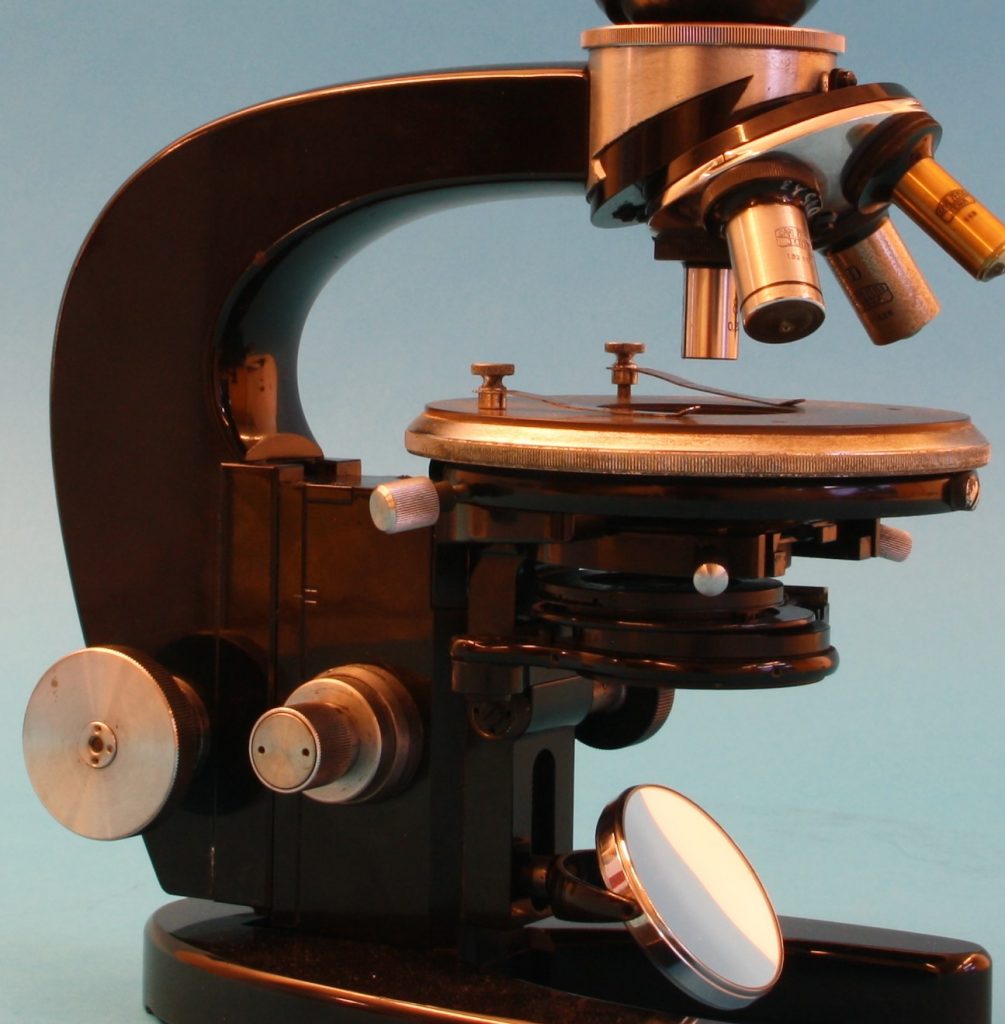 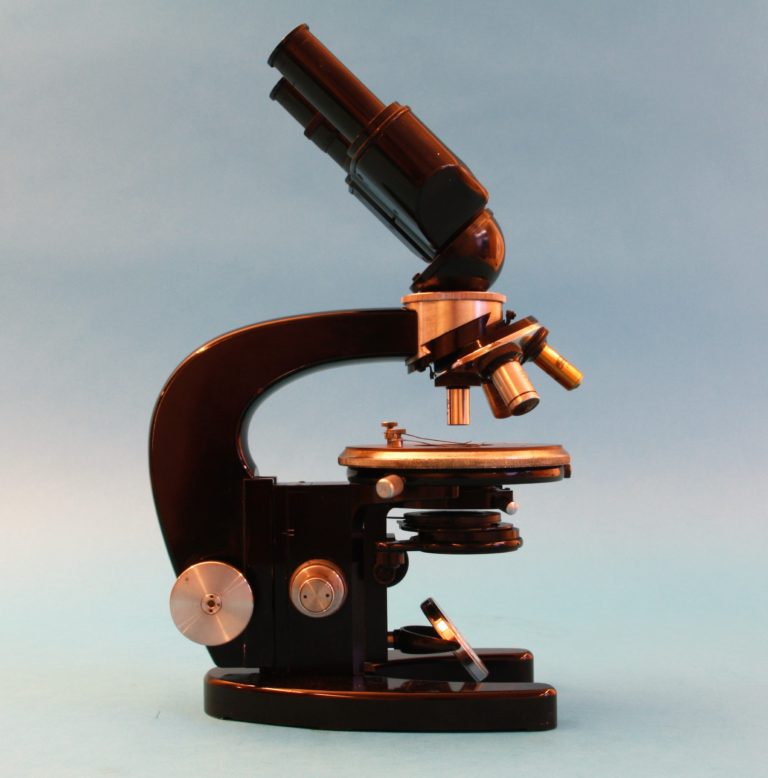 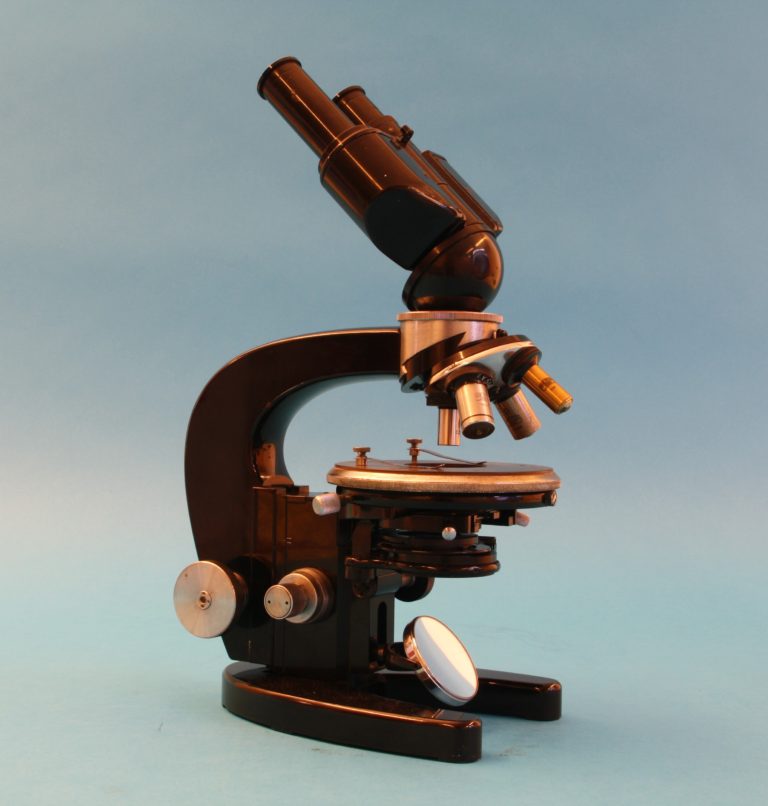 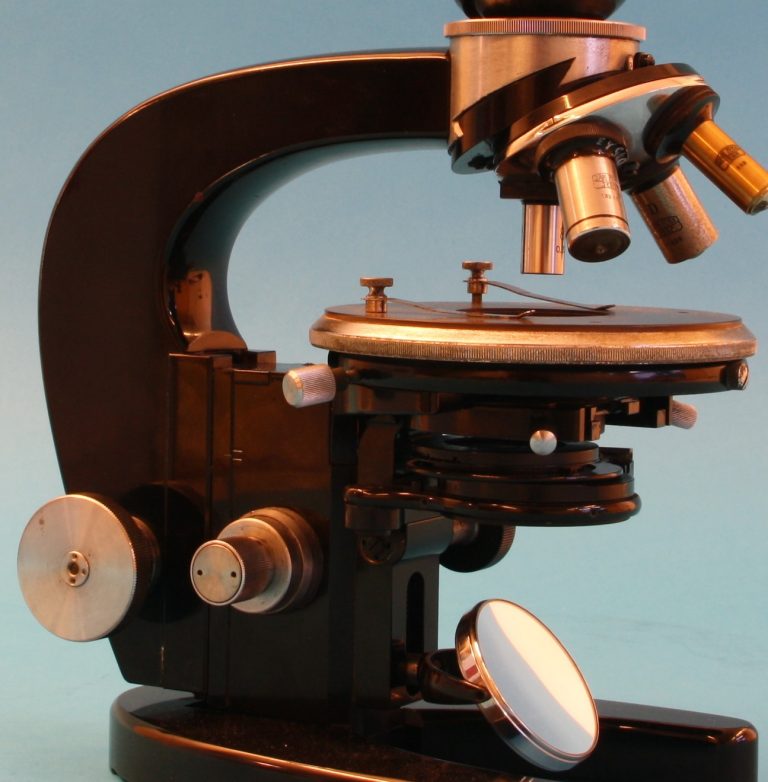 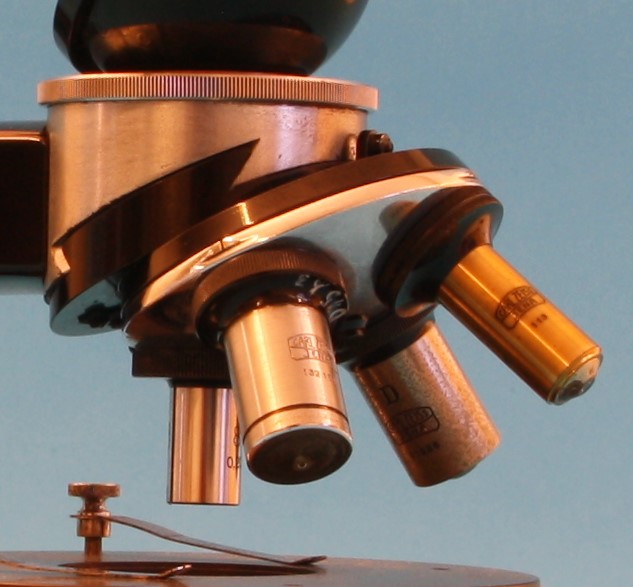 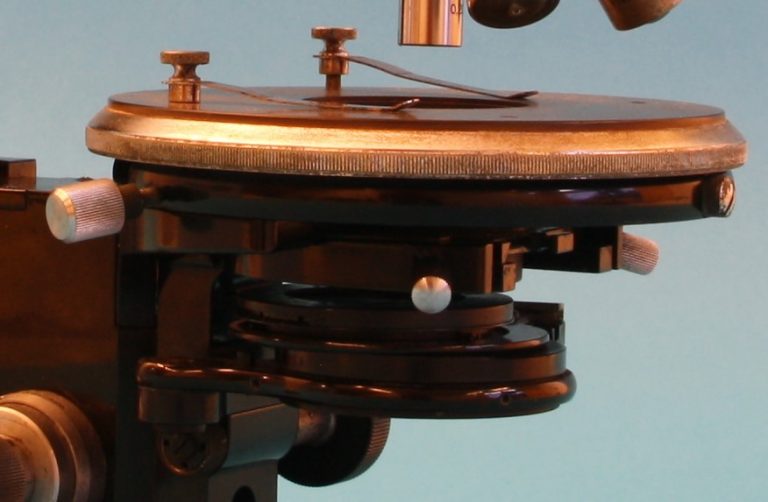 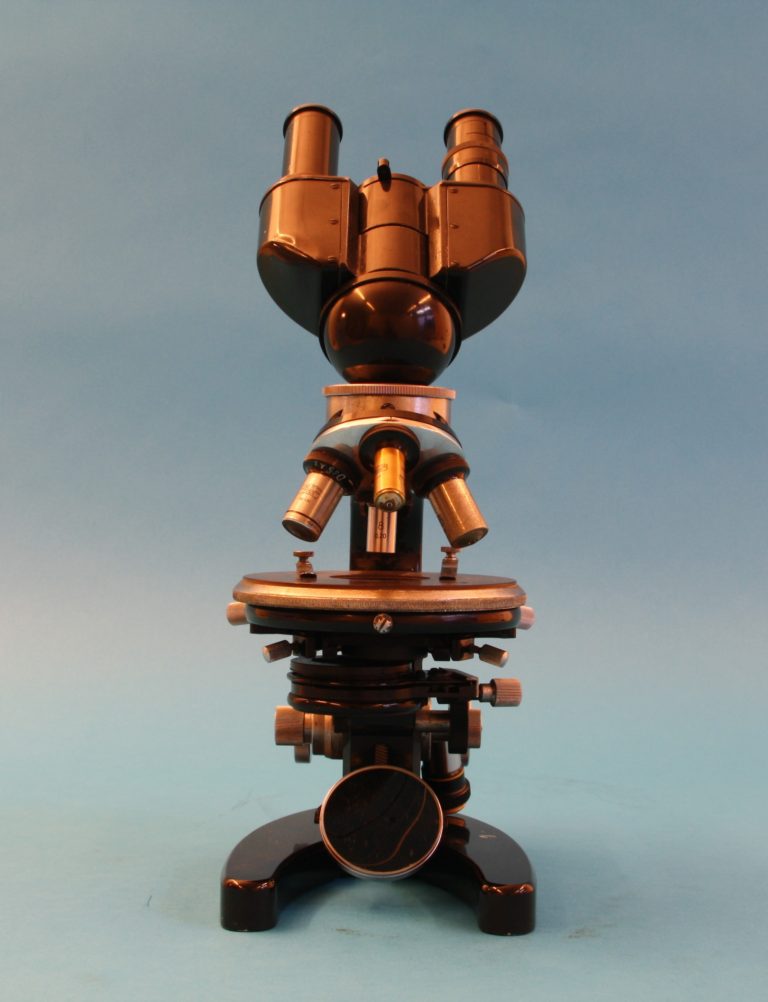 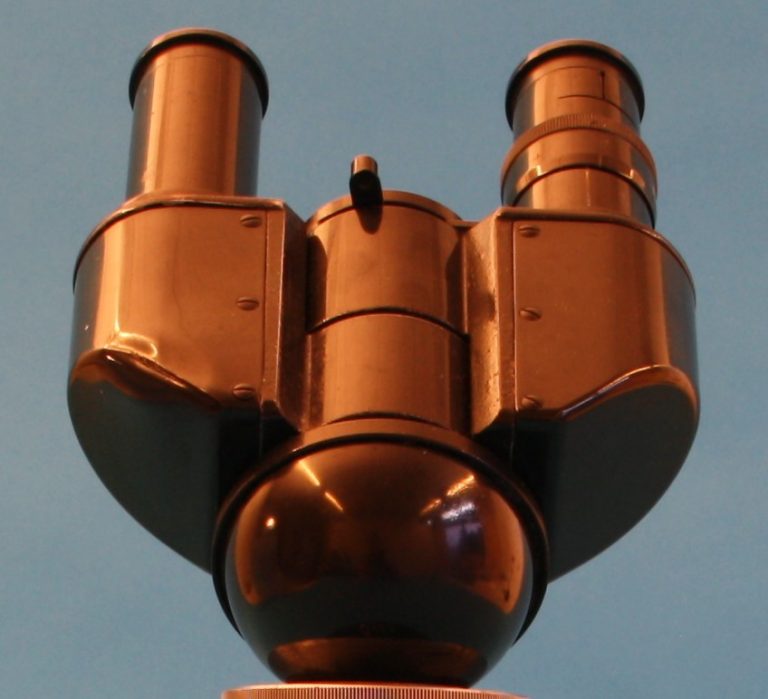 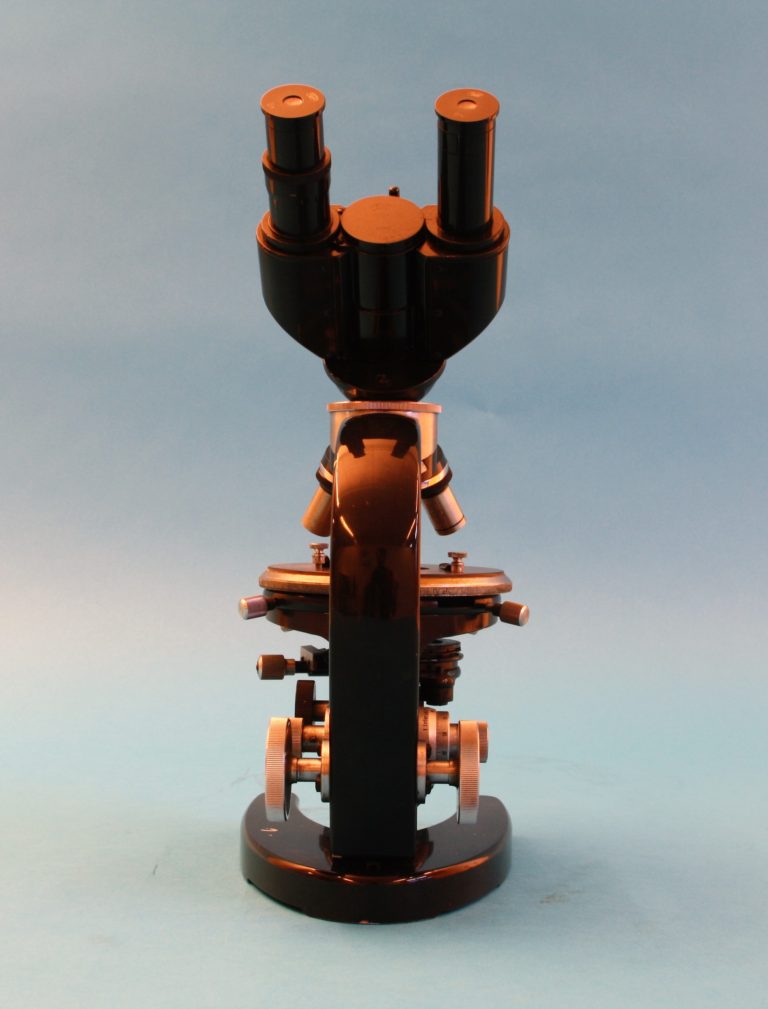 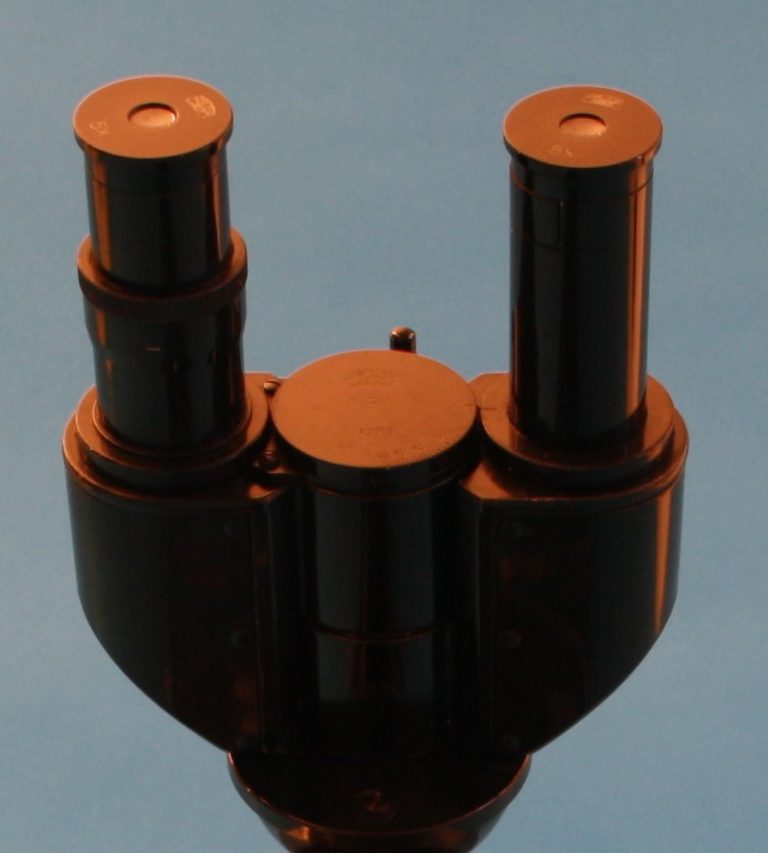 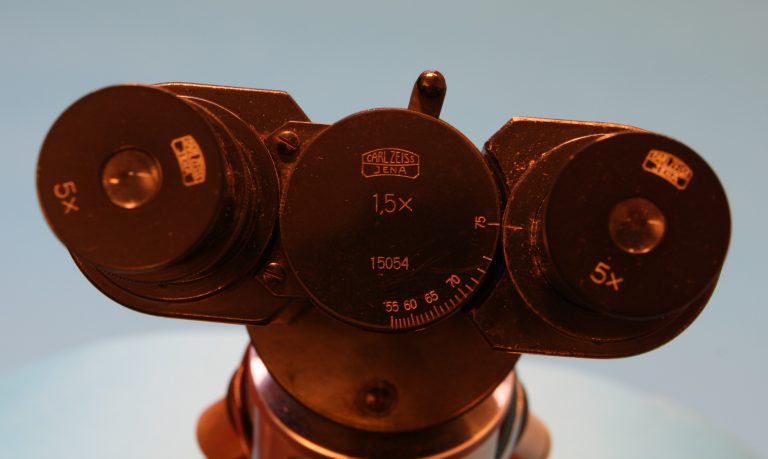 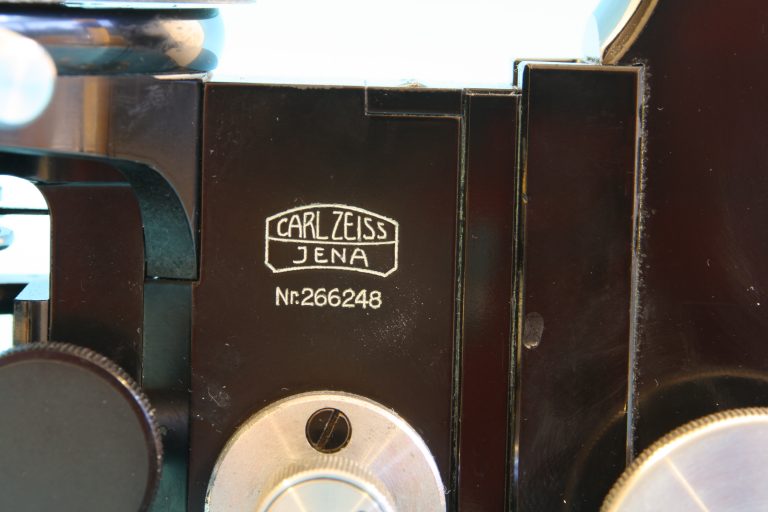 This is an early example of the new L-stand which was sold by Zeiss since circa 1932. The L-stand was a revolutionary innovation. The old inclinable horseshoe stand with its long body tube was well suited for simple applications where just an eyepiece was used, this type of stand was produced until the end of the twentieth century. However, in more demanding applications where a heavy camera and binocular tubes were needed, the old horseshoe stand was not stable enough and less convenient to use.

In this early example of a L-stand both the coarse and the fine adjustment act on the L-shaped limb. This has been changed over the years, in later microscopes with a L-shaped limb the limb and the foot are molded in one piece and the coarse and fine adjustments both act on the stage. Ultimately this resulted in the development of the horizontal U-stand which is popular today. The great advantage of this horizontal U-stand is its stability and heavy attachments like binocular tubes and micro-photographic apparatus do not rest on the delicate adjustment mechanism anymore.

All of these microscopes do not have an actual mechanical tube anymore, this is compensated for by one or more lenses in the limb between the objective and the eyepiece. In this way it is possible to create the desired optical tube length of 160 mm for which Zeiss objectives are designed.

This specimen has below the stage a concave and flat mirror in a bracket, a condenser N.A. 1.2. with iris diaphragm that can be adjusted in height by means of rackwork, the condenser can be moved out of the optical axis as well. The microscope has a circular stage which can be centred and rotated. Below the limb a quadruple nosepiece changer, above the binocular eyepiece.