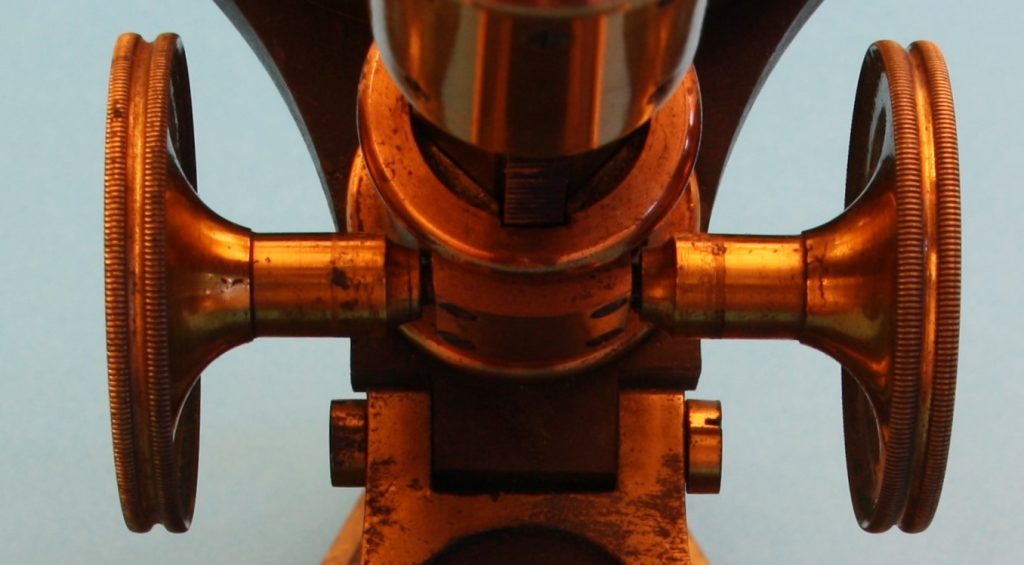 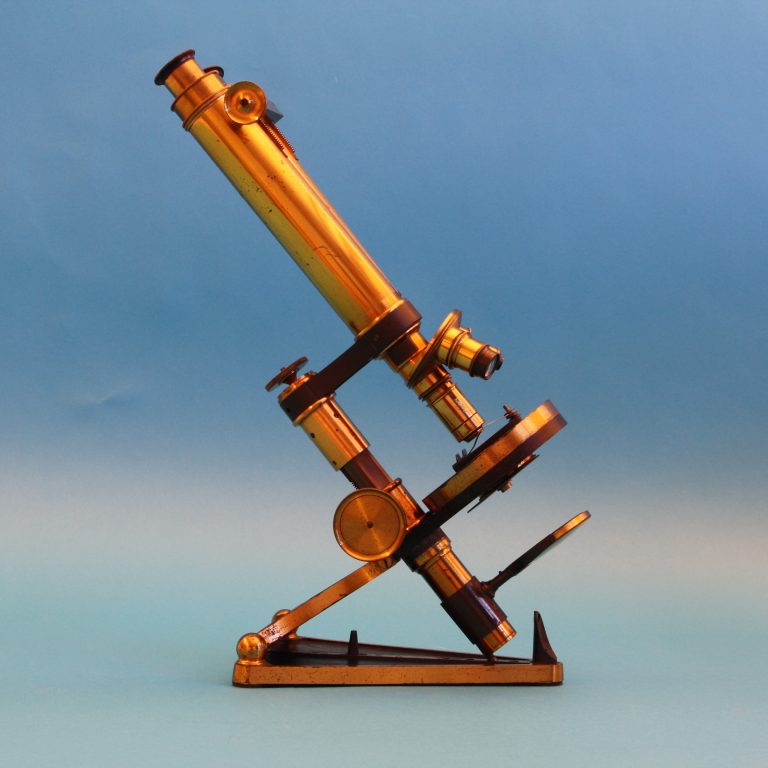 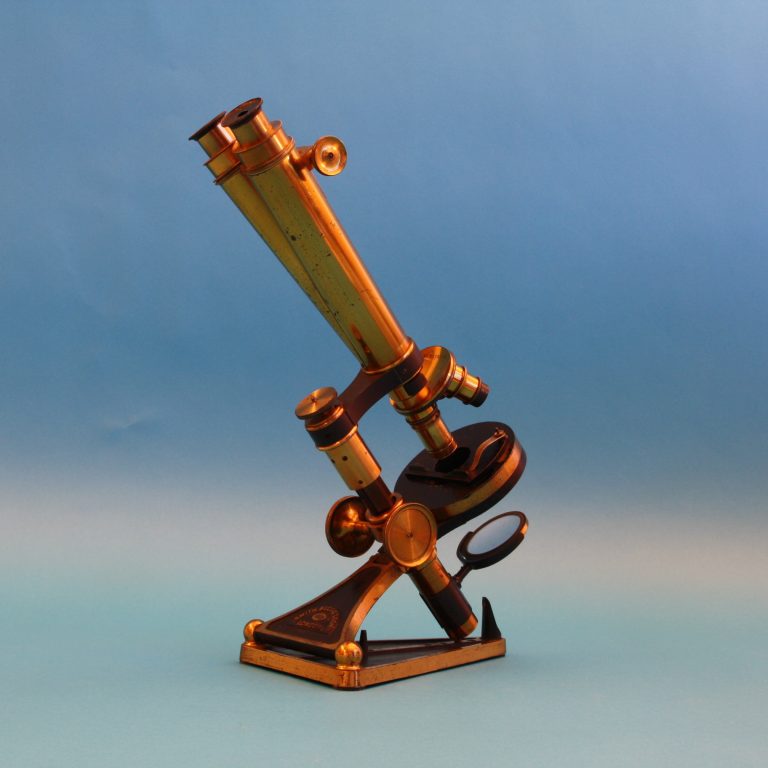 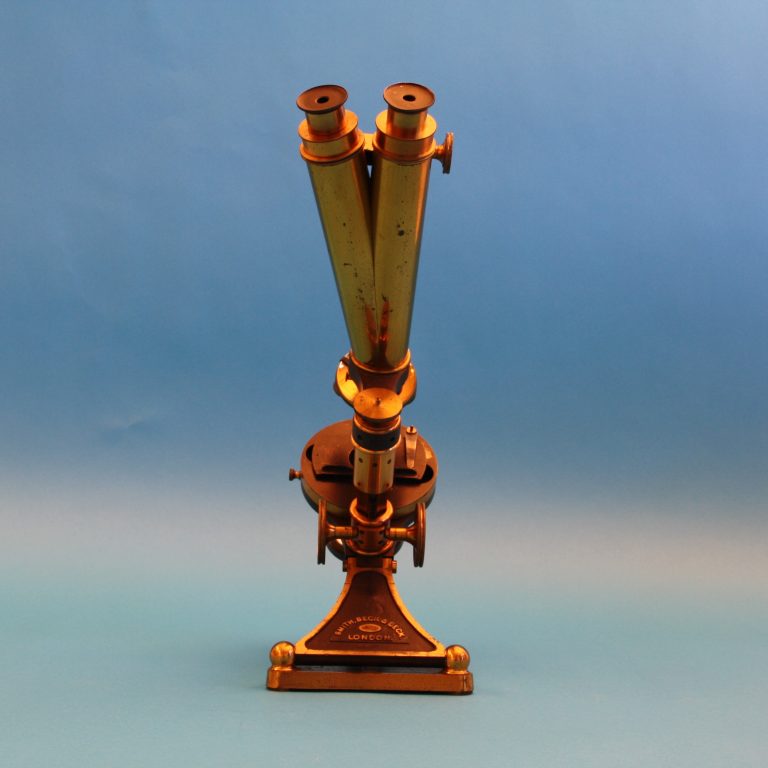 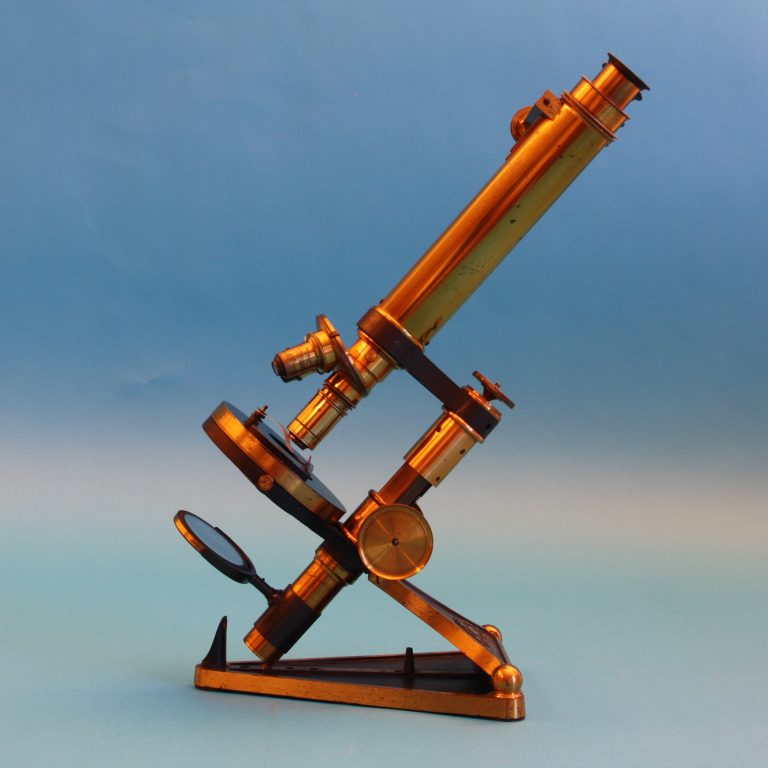 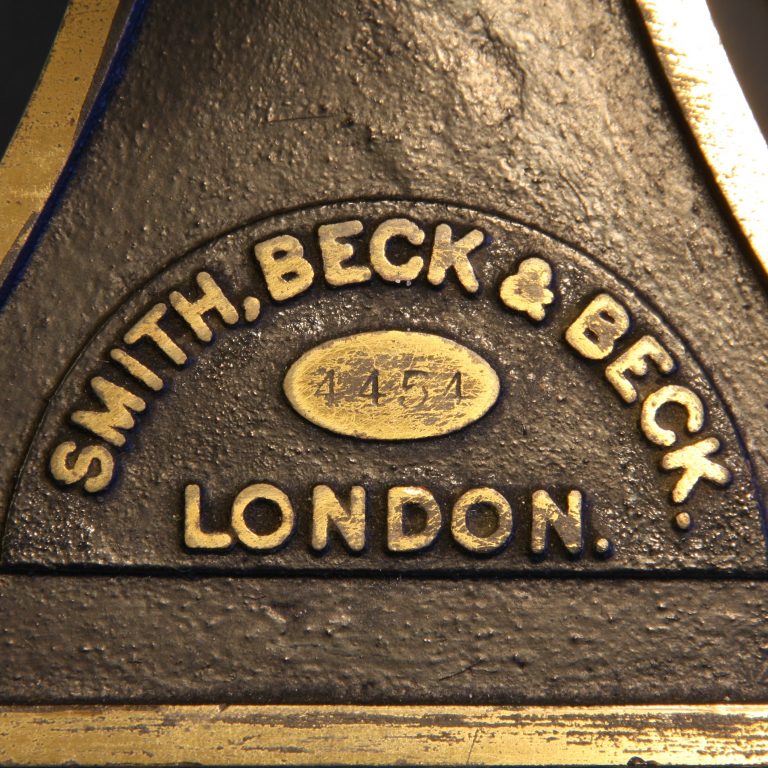 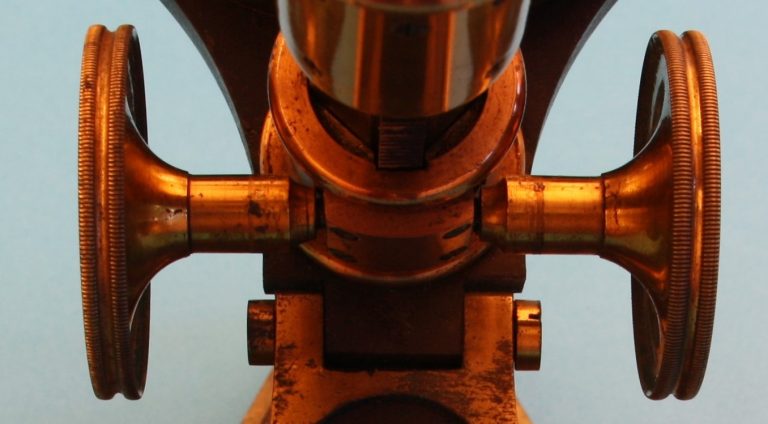 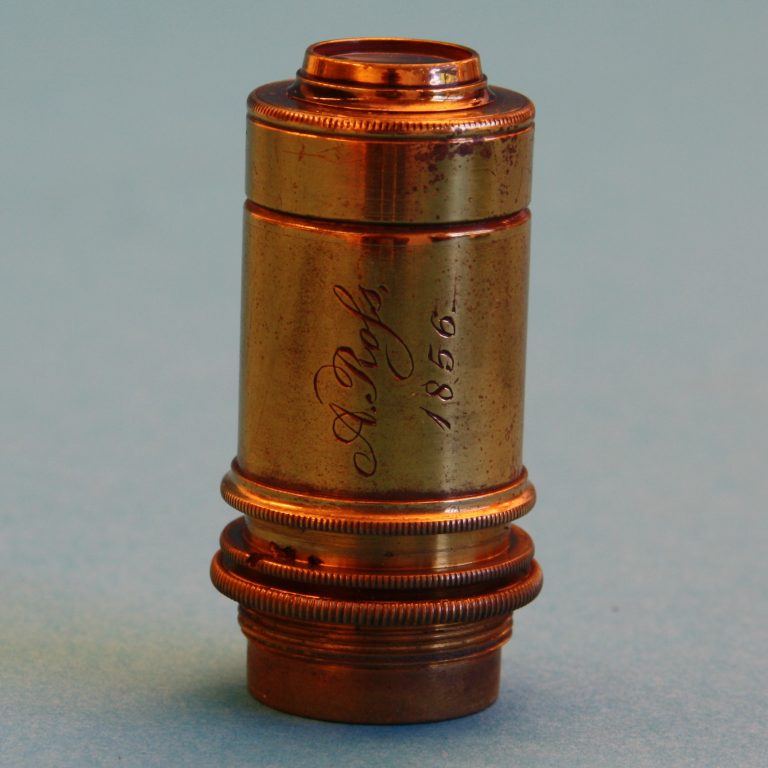 Around 1830 the English wine merchant J.J. Lister (1786-1869) investigated in which way objectives for microscopes could be improved. His results he shared with two instrument makers, Andrew Ross and James Smith. Lister’s nephew Richard Beck became a partner of James Smith in 1847 and later in 1857 Richard’s younger brother Joseph became a partner as well. Until the retirement of Smith in 1865 their instruments were signed ‘Smith, Beck & Beck’.

This microscope is called ‘the popular microscope’, it was designed for students and people who could not afford one of the larger and more expensive stands. The construction was unique, with its heavy triangular brass base plate and a hinged stay connected to the pillar carrying the mirror, the stage and the limb. The microscope can be used vertical, inclined and horizontal.

Below the stage the concave mirror in a bracket, which is mounted on a sliding sleeve. There is no condenser but there is a holder for diaphragms under the stage. On the stage a simple holder for object glasses. Coarse adjustment is by means of rack and pinion, fine adjustment is by micrometer screw, both acting on the limb. With this specimen goes a Wenham binocular tube, which was commonly used with English microscopes in the second half of the nineteenth century.

In the box a sleeve for an objective lens, signed ‘1 In / A. Ross, London’  and two Huygens eyepieces, with a diameter of 32.4 mm.