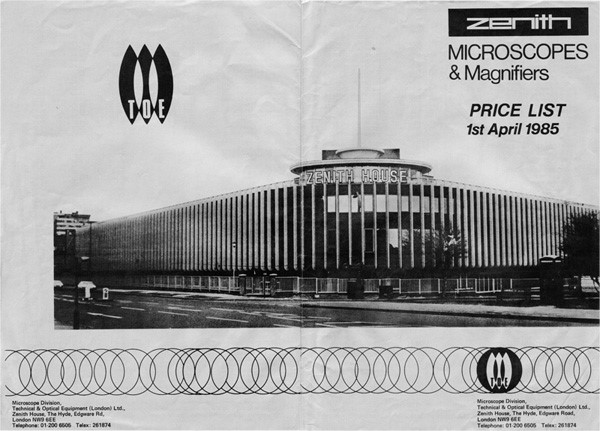 The Leningrad Optical and Mechanical Enterprise was founded in 1914 in Petrograd (aka Leningrad, St Petersburg) as a French-Russian limited liability company. During the First World War, the company produced viewfinders for the army. In 1919, after the war, the company was nationalised and, its name was finalised as LOMO. LOMO became the largest producer of optical equipment in the Soviet Union. The Order of Lenin, one of the highest honours of the Soviet Union, was conferred on the company 3 times.

In the West, LOMO microscopes were marketed under the brand ZENITH.