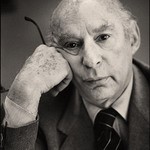 Oldelft was founded by Oscar van Leer in 1939, under the name “N.V. Van Leers Optische Industrie”.  Van Leer was the son of Bernhard van Leer, multinational and circus manager. Soon after the founding of the company, World War II started and the family had to flee to the USA. The company survived, thanks to Fritsz Philips and the development of X-ray screen photography. They continued in operation under the name “N.V. Optische Industrie ‘De Oude Delft’”. In the 1970s, Oldelft took over Nedoptifa. Oldelft merged with Enraf-Nonius in 1990, becoming “De lft Instruments”.