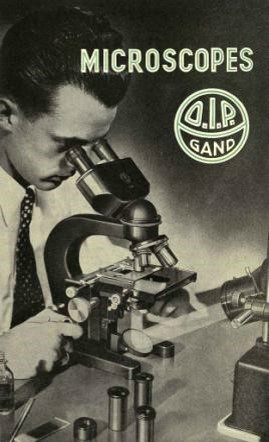 OIP was founded in Ghent in 1919, after World War I. It mainly produced and repaired binoculars for the Belgian army. During the 1950s, OIP Gand had a leading position in the optical industry. As well as binoculars, it manufactured microscopes, cameras, and photocopy machines. Since the 1960s, the company has played an important role in producing optics for military vehicles including fighter jets and tanks as well as laser technology. In 1988, they were taken over by Oldelft.