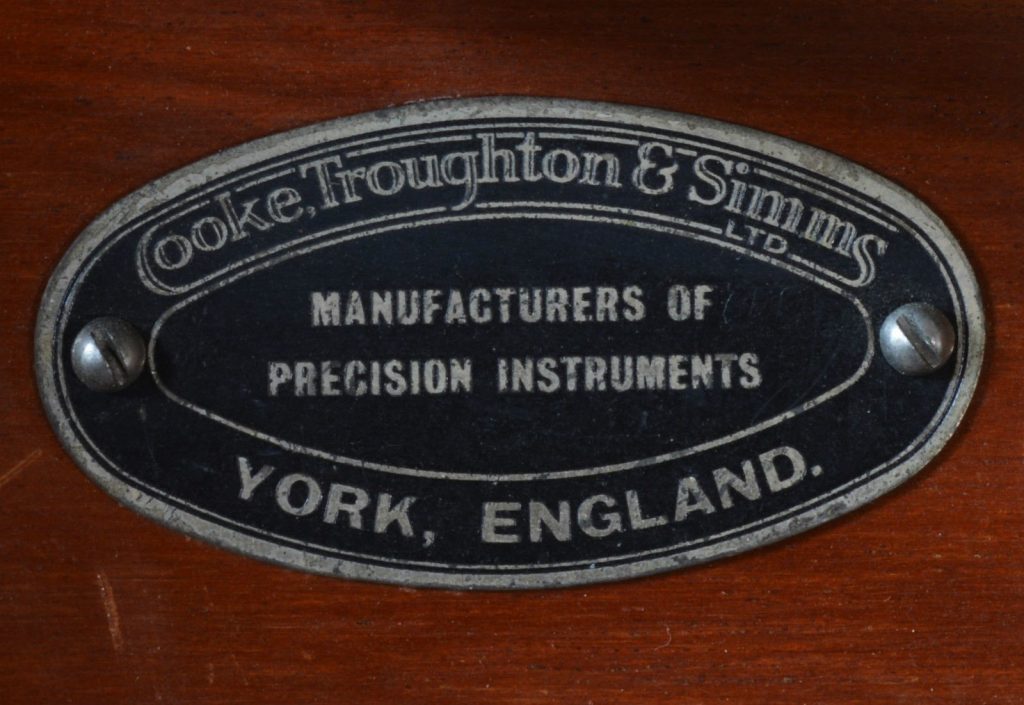 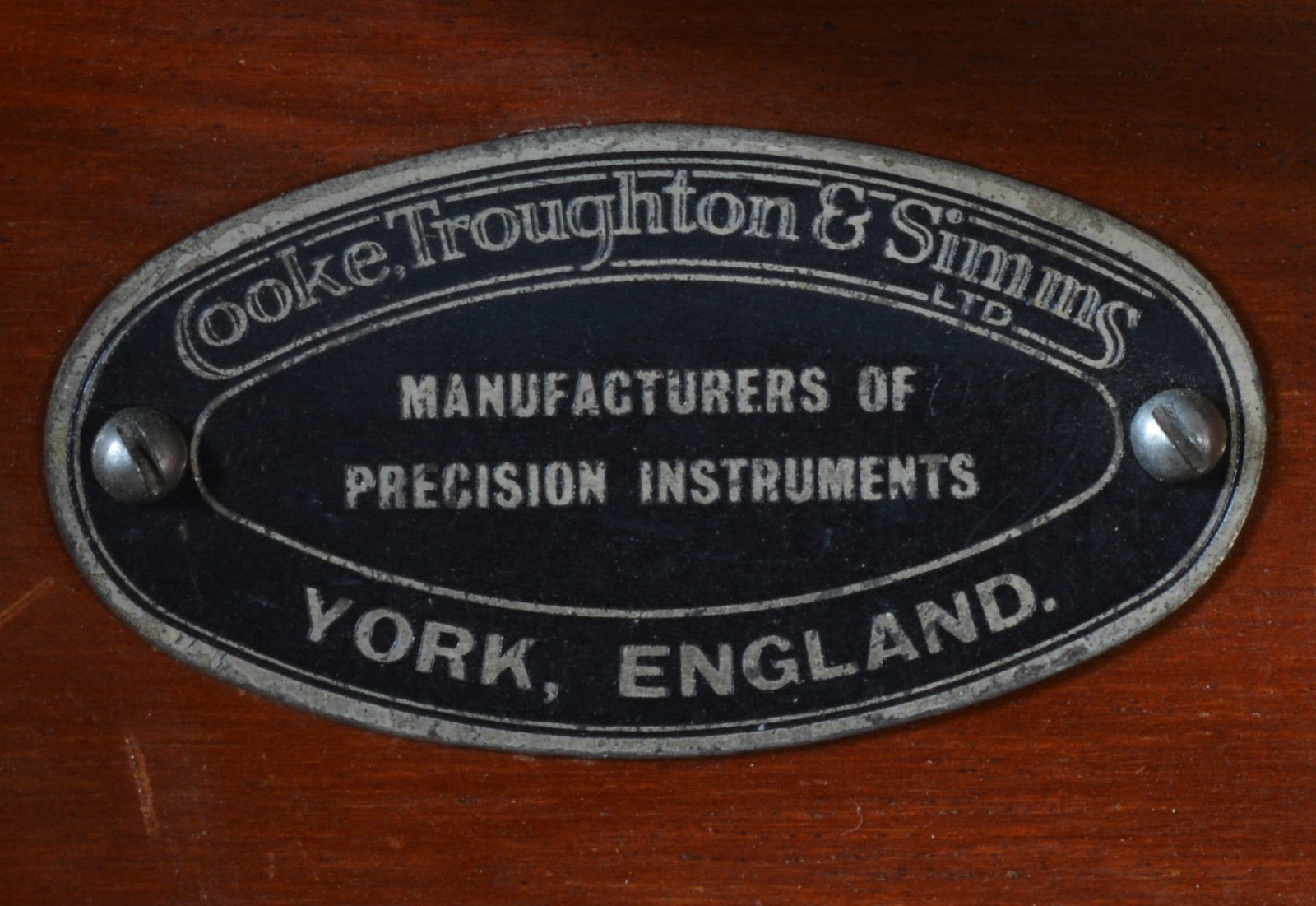 This was an instrument-making firm formed in York in 1922 by the merger of T. Cooke & Sons (founded in 1837) and Troughton & Simms (founded in 1826). In 1924, the company became a wholly-owned subsidiary of Vickers Ltd and in 1963 it made up part of the newly-established Vickers Ltd.

Thomas Cooke (1807-1868) started work as a mathematics teacher in York from 1829-1836. However, his main interest was in telescopes, and in 1837 he set up a workshop for making them. By 1851 he was describing himself as an optical and mathematical instrument maker. Cooke is best remembered for his astronomical telescopes, some of which were the biggest made in Britain during the 19th century. Among his the Royal Navy and Prince Albert, husband of Queen Victoria. At least three of his sons went into the family business.

Edward Troughton FRS (1753-1835) served his apprenticeship with his older brother, John, and then went into business with him under the name “John and Edward Troughton at the Sign of the Orrery”, making navigational, surveying and astronomical instruments. After John’s death in 1788, he carried on alone. He invented and improved navigational equipment including sextants and theodolites, but not telescopes. His instruments were used in surveys of Ireland, India and the American coast. In 1926, as his health failed, William Simms joined him as a new partner and continued to run the business after Troughton’s death.

William Simms FRS (1793-1860) began his apprenticeship with Thomas Penstone of the Goldsmiths Company in 1808, but later that year transferred to his father’s supervision. He set up his own business in 1815, manufacturing surveying instruments.  He supplied telescopes, mural circles and other astronomical instruments to observatories all over Europe, and surveying equipment to the East India Company and the Ordnance Survey. His family continued his work after his death.