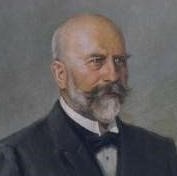 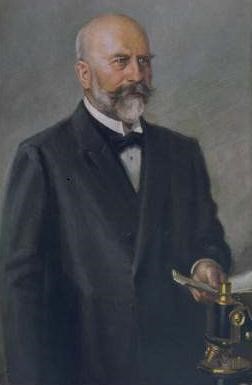 Carl Reichert learned microscopy from Ernst Leitz, in Wetzlar, Germany, and in 1874 married Ernst’s sister in law. In 1876, he founded his own optical-mechanical workshop in Vienna with great success.  They were awarded the Grande prix d’Or at the Paris International Exhibition. Their product range included dissecting microscopes, microtomes and photomicrography apparatus by the late 1870s.

In 1930, they produced their 100,000th microscope. They made good quality laboratory microscopes such as the Neozet, and Zetopan, as well as specialised attachments such as a heated microscope stage and microscope setup for dark field microscopy.

Sadly, both of Otto’s sons died in 1945 and the company was re-formed in 1950 as Optische Werke C Reichert Co Ltd. Reichert was sold to American Optical in 1962. In turn, they were taken over by Warner Lambert and then merged with another microscope-maker, Jung. The non-pharmaceutical part of the merged firm was then sold to Cambridge Instruments in 1986. In 1990, Cambridge Instruments and Wild Leitz merged to form the Leica Group. Reichert stopped making microscopes in 1999.